THE BEIRUT DECLARATION AND ITS 18 COMMITMENTS ON “FAITH FOR RIGHTS” 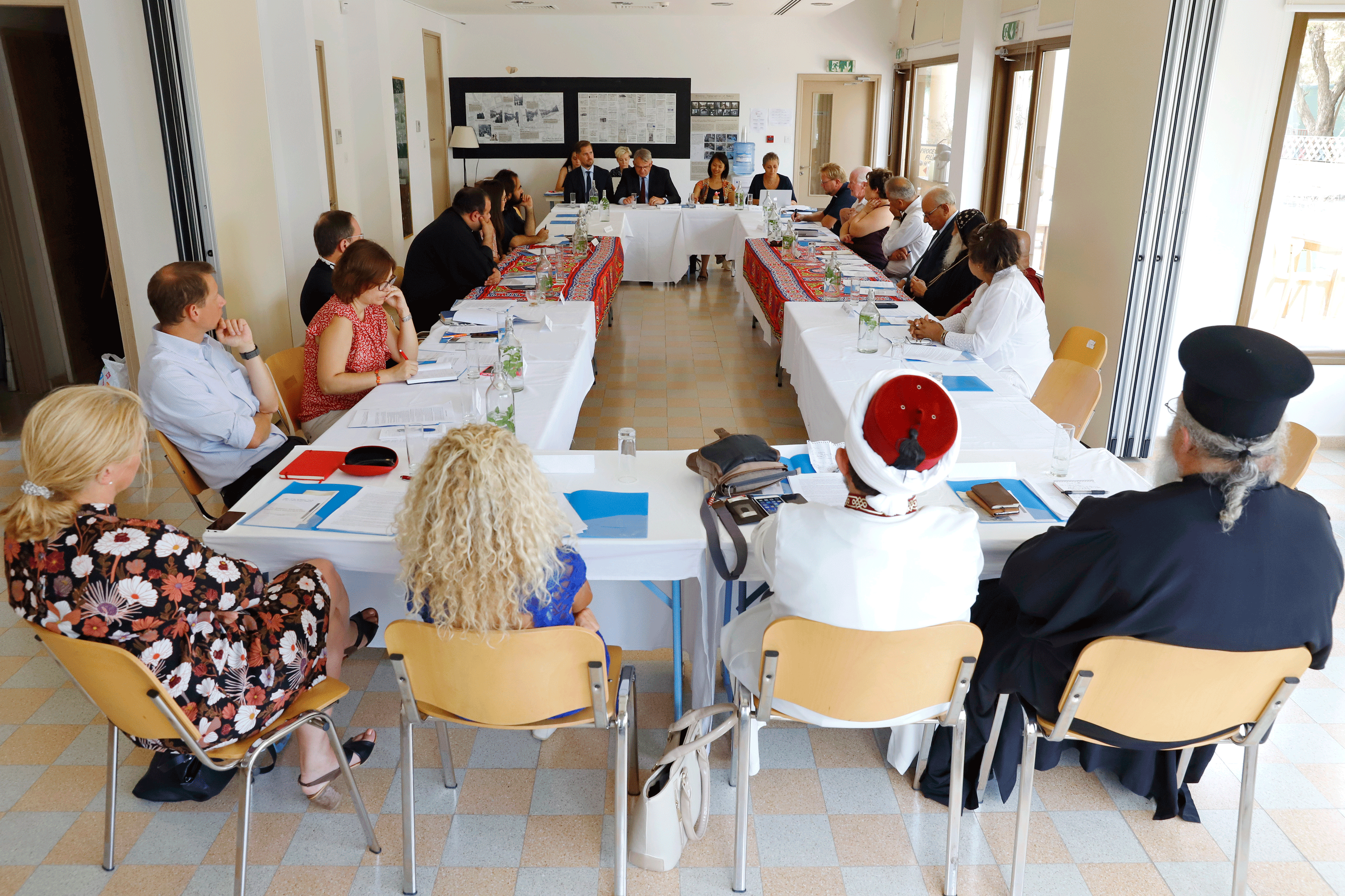 "Speaking out firmly and promptly against in tolerance, discriminatory stereotyping and instances of hate speech"

with an expert workshop in Beirut and addresses stakeholders in the field of religion or belief. The initiative aims to provide space for a cross-disciplinary dialogue between religions and human rights, articulating that individual and communal expression of religions or beliefs thrive and flourish in environments where human rights are protected. The 18 Commitments included in the “Beirut Declaration” are formulated to take concrete action regarding the three core responsibilities of religious leaders articulated in the 2012 “Rabat Plan of Action” regarding racial or religious hatred that constitutes incitement to discrimination, hostility or violence. The three core responsibilities are:
– Refraining from using messages of intolerance that may incite violence, hostility or discrimination;

– Speaking out firmly and promptly against in tolerance, discriminatory stereotyping and instances of hate speech;

Some of the issues in the 18 Commitments are as follows:
– Stand up for the rights of all persons belonging to minorities;
– Publicly denounce all instances of advocacy of hatred that incites to violence, discrimination or hostility;
– Monitor interpretations, determinations or other religious views that manifestly conflict with universal human rights norms and standard to refine the curriculums, teaching materials and textbooks;
– Revisit religious interpretations that appear to perpetuate gender inequality and harmful stereotypes or even condone gender-based violence

RTCYPP ROUND TABLE FOR HUMAN RIGHTS

The Office of RTCYPP convened its third Round Table for Human Rights with representatives of faith communities and partner civil society organisations on the 28 September 2017 at the Home for Cooperation. The main aim of the meeting was to provide an opportunity for the United Nations Office of the High Commissioner for Human Rights (OHCHR) to introduce its initiative “Faith for Rights” including the “Beirut Declaration” and its 18 Commitments as a follow up of the 2012 “Rabat Plan of Action” to the faith communities in Cyprus. Read more>>

Office of RTCYPP to highlight the joint efforts and united voice of the religious leaders of Cyprus against all forms of attacks, terrorism and violence including violence against women and girls at the Rabat+5 Symposium, to take place from 6-7 December in Rabat, Morocco. Invited by the UN OHCHR, executive coordinator of the RTCYPP will talk about the unprecedented initiative with the religious leaders of Cyprus, different faith communities and secular civil society organizations, for the promotion and respect for human rights and religious freedom in Cyprus.

The Symposium, co-organized by the Government of Morocco and the Office of the United Nations High Commissioner for Human Rights as a follow-up to the Rabat Plan of Action and the Beirut Declaration on “Faith for Rights”, will be commemorating the fifth anniversary of the Rabat Plan of Action on the prohibition of advocacy of national, racial or religious hatred that constitutes incitement to discrimination, hostility or violence.

In addition to taking stock of the use of the Rabat Plan of Action since 2012, the symposium will conduct an analysis of priority areas, outlining good practices, based on the presentation of existing concrete projects in many parts of the world, and defining means of support to existing and new “Faith for Rights” projects at the local level, in complementarity to the Rabat Plan of Action.

The UN OHCHR envisages that an inventory of relevant actors and projects would be established in order to help identifying existing gaps, define capacity building approaches and linking the dots and hopes that the inventory might also strengthen the capacities of the existing UN human rights mechanisms by providing them with accurate and up-to-date analysis on environments, dynamics and early warning signs of incidents leading to sectarian conflicts and violence committed in the name of religion.

Download a PDF version of the declaration in three languages

Faith for Rights - Report and outlook